Posted on November 1, 2013 by expresschemist 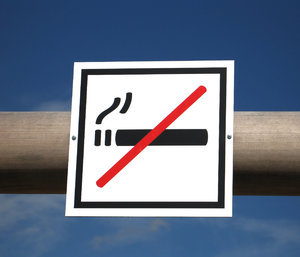 Stoptober is officially over now and I’m  pleased to be able to say I’m one of the success stories. Across the UK an estimated quarter of a million people have taken part in the 28 day quitting challenge. Statistics floated around by NHS campaigners inform that after this initial 28 day period of abstinence you are five times more likely to remain smoke free and consequently will extend your life by approximately one week. If one extra week on Earth is enough to make you want to smoke again then stop to consider the money you’re saving. My lungs and my wallet are now both on speaking terms with me again, good to have you back guys!

Before I set out on the non-smoking adventure I would spend upwards of £25.00 a week on fags, in the first four weeks alone I’ve saved £100, each year that adds up to well over a grand. If you also factor in the drop in price of life insurance there’s more to be saved. For me I estimate I’m heading for a further saving of around £200 a year once I rework my premium.  In my extra week I may well be a wealthy man. As I set out to do, back at the beginning of Stoptober, I’ve saved enough money to take my wife out for a posh meal, although please don’t tell her this, it’s supposed to be a surprise.

Financial incentives aside I’m noticing improvements in my health. I can now chase down the bus with a degree of vivacity and won’t wake up in the morning with cloggy lungs. In general I’m finding I have higher energy levels and now, since the worst of the cravings seemed to have passed, my overall focus and concentration are also on the rise. Above all this I’m rediscovering sensations of taste and smell, most noticeably in the fact that I don’t walk around smelling like an untended ashtray.

Looking towards next year I find myself in uncharted territory, Nearly every year prior to this I’ve approached new years resolution time with the overbearing thought that I really should be quitting come next January. Now I’m looking towards new years with unprecedented plans to kick-start the fitness regime. What Stoptober propagates is the notion that it’s time to start quitting now as opposed to setting that future goal, one that for me would always result in a fail. Don’t do tomorrow what can be done day, a wiser man than I once said. If your willpower snaps under the pressure, dust yourself off and start again tomorrow, it’s a much healthier way of approaching quitting. I dread to think how many cigarettes I would have smoked between now and January if I was playing this the old school, quit for new years way

On reflection it’s never been easier for smokers to quit, cigarettes become more and more expensive, smoking worldwide is becoming less and less tolerated publicly,  the market is full of nicotine/cigarette alternatives to help you on the way and there’s plenty of free advice, encouragement and support to be found both off and online.

The Stoptober Website remains as a beacon of help and if you are sure within yourself that you are ready to quit, head on over there. If you’re a smartphone acolyte there’s some handy quitting apps to download, if not you can send off for free quitting packs to be sent to you the old fashioned way.

Being an online chemist we’ve got plenty to offer too, we’ve got an informative quitting guide for your perusal and an extensive range of quitting aids to suit all types.

As sure as night turns to day, so Stoptober makes way for Movember. Not content with bastardising just one of the twelve months for the purposes of public awareness, the charitable health organisations at large are using November as an awareness month for men’s health issues, the focus being that us chaps grow a mustache.

I’m going to think about joining in over the weekend and if I do I’m sure you’ll be bombarded with my mug shot in various hirsute states.